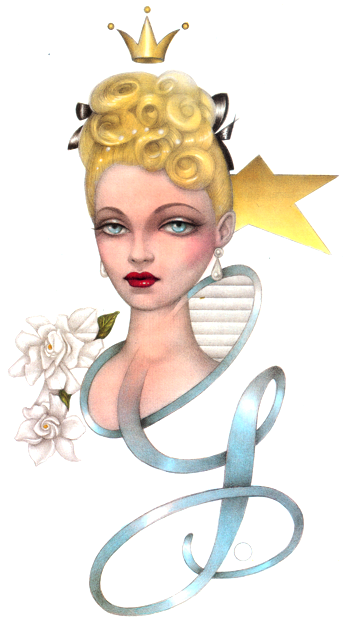 Welcome to the Gene Marshall Wiki

The Gene Marshall Wiki is a freely editable encyclopedia of Mel Odom's Gene Marshall doll, her companions, fashions and accessories produced by Ashton-Drake and Integrity Toys.

About the Gene Doll[edit | edit source]

Gene is a collectible fashion doll inspired by the Golden Age of Hollywood. Created by Mel Odom, she debuted in 1995 and was one of the first large fashion dolls targeted toward adult collectors.

Made of hard plastic (ABS) body with a porcelain-like finish and vinyl head with rooted hair, the Gene doll stands 15 1/2" tall, has painted eyes and applied eyelashes. The first dolls had joints at the neck, shoulders, and hips. Later dolls added jointing at the knee, elbow, waist, and wrist for better pose-ability. The JAMIEshow Dolls of today are Resin, and Ball Jointed Dolls, handmade and hand painted.

Click the subjects below and be redirected to its Wiki page.

About this site[edit | edit source]

By clicking the links under the index you will directed to a page with the items produced for this catagory.

This is an on-going project. Many items are still not listed here but we will update as time allows.

Feel free to create new pages, edit existing ones if you have information that is missing or add photos that may be better than the ones in any given article.

Thank you to all who have contributed to this Gene resource. If you have any questions or need assistance you can email Mike B. at mjbasala@optonline.net.

Thanks to Mel Odom for giving us Gene!!

Retrieved from "https://genemarshall.fandom.com/wiki/Gene_Marshall_Wiki?oldid=7941"
Community content is available under CC-BY-SA unless otherwise noted.